Leave out the first T in the title and I would totally buy this book. Heck, I’d even publish it.

Don’t worry, kids: You may not be able to learn about consent, but you’ll still have access to Stormfront. Read more

In which I discuss the drowning of kittens and family-friendly synagogue programs:

“This Shabbat we read the Torah portion of Noah, where God drowned 99 percent of land animals and people, saving only a small remnant in a wooden ark. Kid stuff, right? But Jewish tradi…”

As I set up the awesomely named https://dew-quarter.glitch.me/

Is it possible to create a feed of RSS news links that bring in Jewish news from Jewish sources and filters in and out stories? ﻿This is the beginning of that project.

In which I look at the OU’s lobbying goals in Trenton — and how they fit into the broader picture of yeshiva and public school funding. Tl;Dr: They’re no longer allying themselves with the school choice movement. And they can succeed in year-over-year budget victories for decades before making an impact on the state budget or the cost of tuition.

She has long been studying why some mice who are bullied seem to get depressed, while others are resilient. (Seem because these are mice, not people, but most of the signs are there.) All the studies have used male mice. Which is a problem, since depression in humans is not gender neutral.

The thing is, the technique used to bully mice into depression doesn’t work on female rats, because male mice don’t naturally bully female mice. Enter genetic engineering, which produces mice who can be programmed to beat up on female mice (as well as inanimate objects). 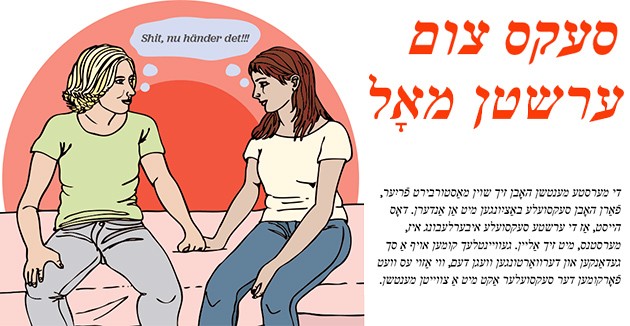 Mazel Tov to the Forward for recording Daniel Kahn’s brilliant “transdaption” of the Leonard Cohen classic.