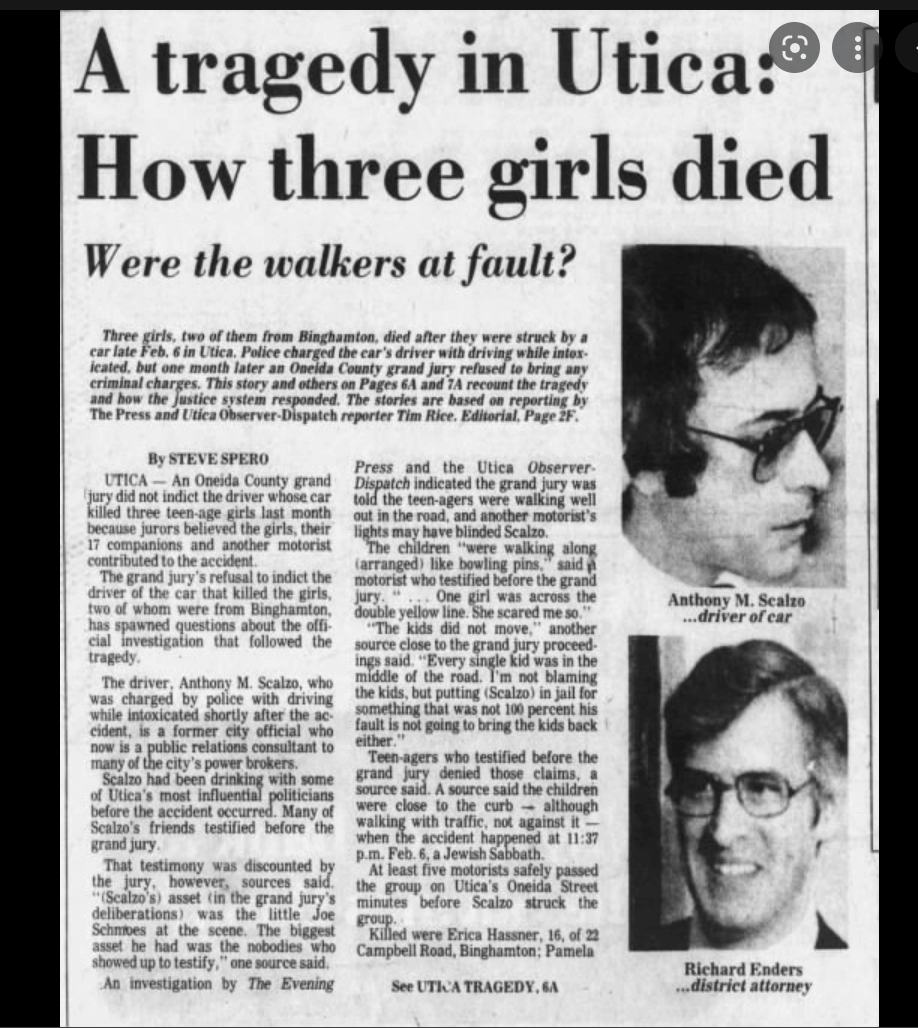 Shmarya Rosenberg passes on news of the death of Rabbi Pinchas Stolper. He links to the report in Yeshiva World News and comments:

For decades, Stolper covered up for and enabled child sex abuse by Rabbi Baruch Lanner. No mention of this in the Yeshiva World article on Stolper’s death, tho. No matter what rabbis do wrong in life, no matter who they hurt, they’re almost always heroes in death, holy ‘tzaddikim’, when they really should rot in hell.

Recent lawsuit by survivors against Stolper's former org, the OU's youth kiruv (missionary) group NCSY, and the OU itself: https://www.jta.org/2021/11/29/ny/orthodox-union-and-its-youth-group-sued-over-past-abuse-by-baruch-lanner-rabbi-convicted-of-sexually-abusing-teenage-students

3/…NCSY award named for Stopler despite abuse coverups (lots of good links at the bottom of the article):
https://failedmessiah.typepad.com/failed_messiahcom/2008/12/ou-ncsy-honors.html

Originally tweeted by Shmarya Rosenberg (@Shmarya) on May 26, 2022.

To which I tweeted out the following:

To amplify: Stolper ran the youth group for the Orthodox Union. That's the umbrella group for most modern Orthodox shuls. And the OU symbol you see on many kosher products.

Stolper, as the quoted thread notes, ignored victims of his employee Rabbi Baruch Lanner. Why? In part, because, as is alleged to have told the victims, because the employees were doing so much good in spreading "Torah."

And in part, because as a good Orthodox Jew he had been trained to regard the word of a rabbi above that of a girl.

As an Orthodox Jew, he also — whether consciously or unconsciously — believed in the Talmudic dictum that God protects those who are doing a mitzvah.

It was a dictum quoted by Israeli government minister Aryeh Deri last year, dismissing the pleas of officials to impose safety measures on the Lag Ba'omer celebrations in Meron. The measures weren't imposed. 45 people died. Including a kid who lived one town over from mine.

My daughter was at the pilgrimage. She saw the stretchers pass by with the victims.

My daughter is named for a victim of Pinchas Stolper's NCSY.

In 1981, we were at a Shabbaton in Utica, New York. The ground was covered with snow. We were walking back from shul on a Friday night. At one spot, the sidewalk wasn't shoveled. Most of the kids walking home started walking in the street.

Safety, of course, dictates that you don't walk in the street in the direction of traffic. So I continued walking, slowly, on top of the huge piles of snow.

Safety, of course, would dictate that the advisors — college students — would have the group cross over the street to the other side. But safety was not a top concern for NCSY.

If safety had been a top concern at NCSY, the director of New Jersey's Junior NCSY chapter would not now stand accused of having sent a girl home in Baruch Lanner's car, where she was allegedly raped.

That junior NCSY director is now a shul rabbi here in Teaneck, because Torah “knowledge” always trumps demonstrable bad judgement in the Orthodox world of the OU.

Meanwhile, downtown, a political bigwig had spent the evening drinking. He drove through the group walking home. He killed three girls.

One was my sister.

At the time, I was an NCSY true believer. My family didn't sue.

At the time, as an Orthodox true believer, I looked immediately to my sins. What had I done to deserve this? That is, after all, one of the theologies expressed in traditional Judaism.

Now, had my sister decided instead to spend the weekend with her Camp Ramah friends — well, Camp Ramah has its problems too, as we’ve seen this month. But it knows better than to preach fairy tales about a God who saves its worshippers.

At its core, contemporary Orthodox Judaism is a form of Holocaust denial.

See this letter to the editor from Rabbi Jacob Telushkin, critiquing someone I am proud to have published, arguing in effect that the Holocaust doesn’t keep him up at night because, thanks to God’s posthumous justice, it’s all good.

The rot lies very, very deep in the OU and its rabbinic leadership.

An excerpt from the current NCSY lawsuit, at a point when Jane Doe #3 is on an NCSY Israel trip, where Lanner is abusing her. She tells Stolper about it:

Rabbi Stolper responded, “…but are you having a good time?” He took no action and summarily dismissed Jane Doe #3 repeatedly saying, ‘He [Lanner] does so much good; it’s important what he’s doing.'”

“Rabbi Stolper responded, “…but are you having a good time?”

He took no action and summarily dismissed Jane Doe #3 repeatedly saying, ‘He [Lanner] does so much good; it’s important what he’s doing.'”

The good, of course, is spreading the true religion of Orthodox Judaism. In its OU form, that religion teaches that the study of the Talmud provides access to the mind of God, and touches on a supernal wisdom.

Relatedly, traditional Jewish observance will bring one to a greater sense of ethics.

Both of those theories have been robustly disproved, as @Shmarya documented over the course of a decade or so at Failed Messiah.

The matter of Baruch Lanner and NCSY provides a very clear example of this.

Briefly: A "court" made up of Yeshiva University's leading Talmudists was established to judge the case of Baruch Lanner.

Briefly: They botched it in every which way.

Subsequently, one of the rabbis apologized. He did not admit, however, that his ability to err so grievously undermined all of the theological claims of the value of Talmud study.

He had devoted his life to the study and teaching of Jewish law, he had encouraged others to do the same, and when it actually came time to apply it, to make a difference in someone's life — he fucked it up.

Really, the world would have been better off had spent the decades developing video games.

Needless to say, that one failing — which hurt multiple people, including the girls Lanner went on to abuse — is totally forgiven by the good Orthodox Jews of Bergen County, where Rabbi Willig is a frequent and welcome speaker.

But back to Stolper: Obviously, I don’t hope he rots in hell. Because there is no such place.

And the reason I know there is no such place is — despite what Egyptian mythology might have you believe, as would its Jewish offshoots — a life can't be measured on a one-dimensional scale of good or bad.

I mean, Stinky Pinky no doubt did good too.

And much of what Stinky Pinky did that was evil he sincerely believed was good.

There is no meaningful guidance of how to live one's life given at Sinai. We are on our own here.

It’s not always a pleasant thing to know — I remember my disappointment at an NCSY Shabbaton a year after my sister’s death when I read the Talmud’s “proofs” of the resurrection of the dead.

Spoiler: That doctrine isn't in the Torah, and the rabbis knew it.

Might as well get your faith from Bruce Springsteen.